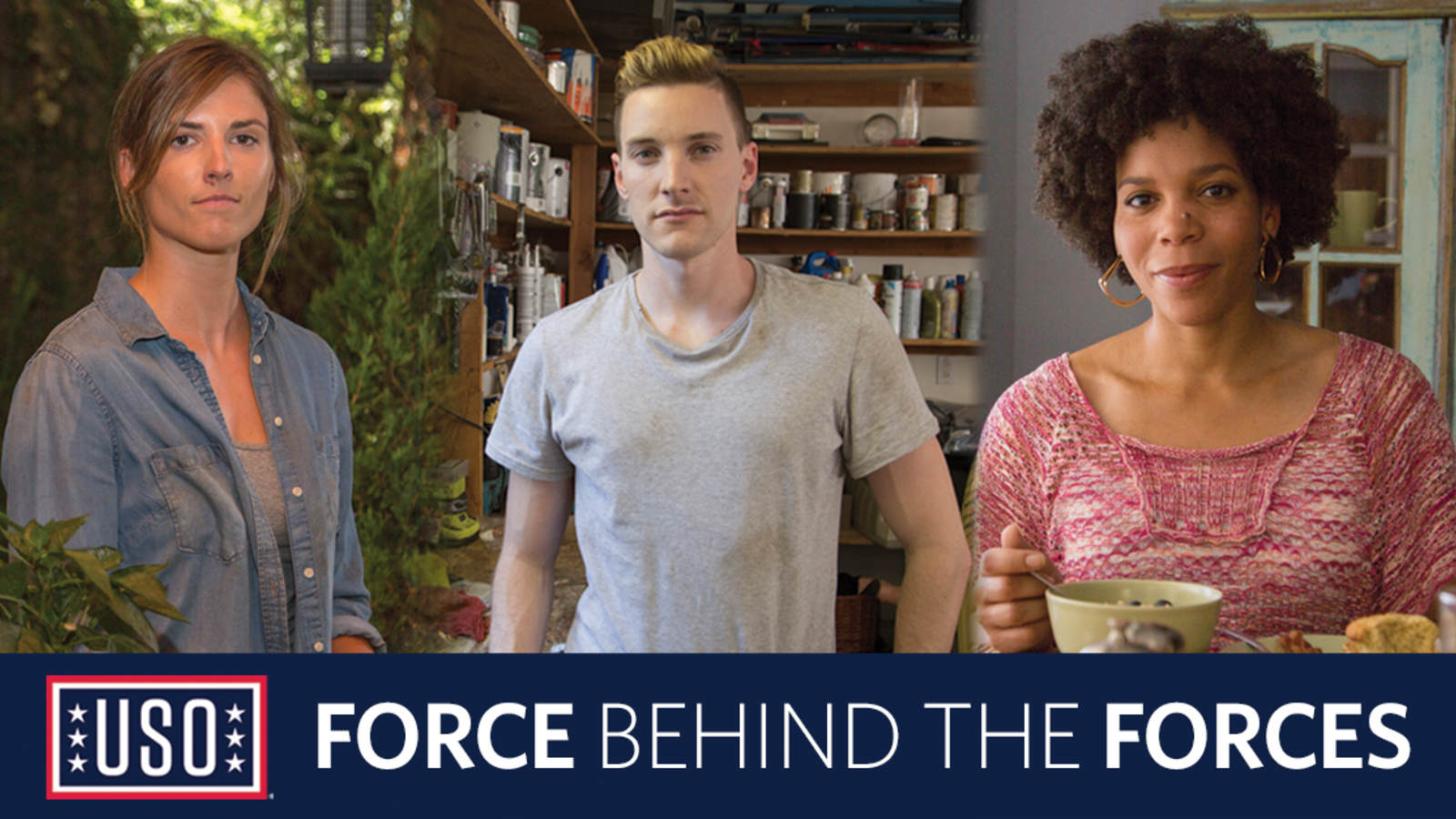 FORCE BEHIND THE FORCES

“Not by machines alone will we win this war.” This is the message President Franklin D. Roosevelt issued when he created the USO in 1941. Since then, the USO has stood as the Force Behind the Forces, ensuring our nation’s service members stay connected to family, home and country, throughout their service to the nation.

Being a Force Behind the Forces means you pledge to demonstrate your appreciation for and support of those who selflessly serve our nation.

Thank you for your support! #BeTheForce